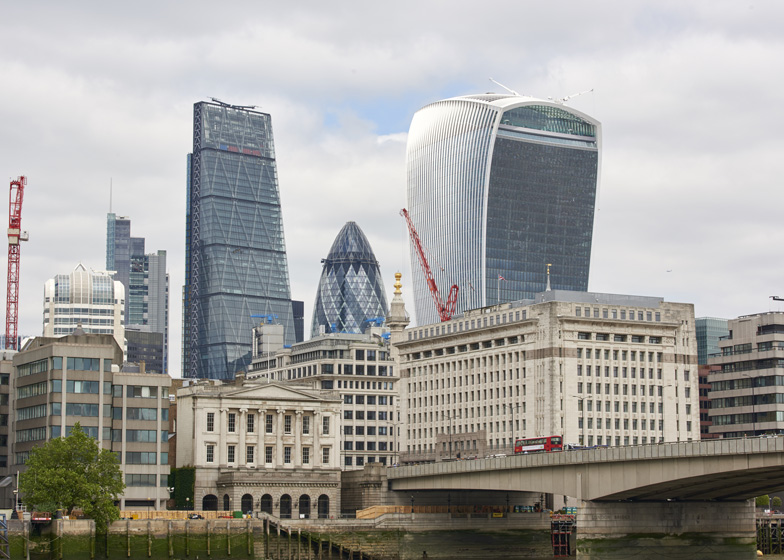 Rafael Viñoly’s Walkie Talkie skyscraper in London has once again become a subject of controversy, following reports that its curved facade is channelling gusts of wind strong enough to knock people over.

Two years after being blamed for reflecting a beam of light intense enough to melt cars, the 20 Fenchurch Street tower has been accused of creating a wind tunnel, thanks to the downdraught from its 36 storeys.

An employee at the nearby Molton Brown cosmetics store told The Times: “It has only really been windy since the Walkie Talkie has been here. When they were building it and there were the building works going on, it was fine. But ever since they’ve completed it, the wind really picked up.”

The manager of a local fast-food restaurant told The Telegraph that the wind had almost caused a food trolley to be blown away, while a local sales assistant said to BBC News that she “almost got blown over walking past the building”.

Related story: “We made a lot of mistakes with this building” says Walkie Scorchie architect Viñoly

Following the string of complaints about the Walkie Talkie and other skyscrapers, The City of London Corporation is now demanding independent assessment of the wind reports submitted at the planning stage, at property developers’ expense.

“The wind outcome at street level experienced post-construction on a number of projects differs somewhat to the conditions we were expecting from the one outlined in the planning application wind assessments,” said head of design Gwyn Richards.

“This is why we are asking for an independent verification of the wind studies on a number of new schemes to ensure as rigorous and resilient an approach as possible.”

In 2013 the Walkie Talkie skyscraper was reported to be reflecting a beam of light intense enough to melt cars. 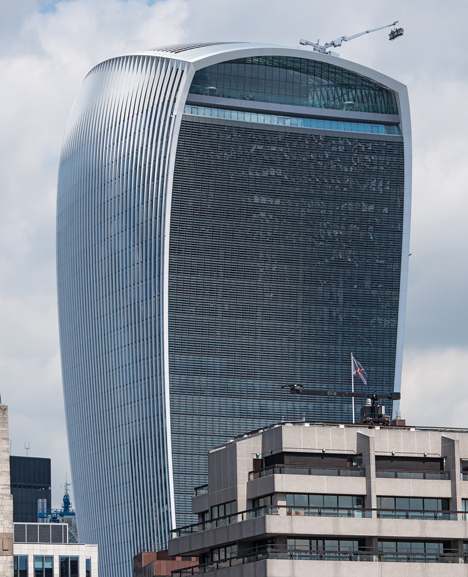 The issue, known as the “downdraught effect”, occurs when wind hits a building and is forced downwards. It is most forceful when the wall faces the prevailing wind, which in Britain is from the south west.

One of the most serious incidents connected with the effect was in 2011, when a man was crushed to death near the 112-metre-tall Bridgewater Place skyscraper in Leeds, after strong winds caused a lorry to overturn.

The Fenchurch Street skyscraper, nicknamed the Walkie Talkie due to its distinctive profile, is the first London building by New York-based Uruguayan architect Rafael Viñoly.

It was nicknamed the Walkie Scorchie in 2013, after its facade was reportedly focusing a “death ray” onto nearby streets. Since then protective fins have been added to the building’s facade in a bid to solve the problem.

Images of the Walkie Talkie are courtesy of Shutterstock.

This article was originally posted on dezeen.com